The First Day Of Wrasse Class

Posted on August 9, 2018 by andybbuckley

There’s something really refreshing about taking off and trying something new, or somewhere new. It’s something I’ve written about before. Being able to get out of your ordinary and try something totally different is a blessing to us anglers, and it still amazes me how many piscatorial peeps I speak to who never really step out of their box. There are so many opportunities available on our small island and they’re all so accessible. With this in mind, when IB and I found we had a weekend off at the same time (the first in a good while) we threw caution to the wind and decided to head for the salt.

The thing is, neither of us have very much experience in saltwater lure fishing (myself one day and Ieva none), so with only a few days to research lure angling marks around Anglesey, and to gather up the correct kit, we were really up against it. We were going back to school, saltwater style.

Andy on the rocks – nothing new there then!

For good reason the folks who fish the coast of Anglesey, Wales, are pretty coy about their marks. I totally get it, and would be exactly the same way, the problem was that I knew fully well on the drive westward that we really were no closer to knowing where to fish than we had been before the plan was hatched. Make no mistake, we were going to have to figure it out the hard way, and quickly!

Day one was a real bust, mostly spent fishing for bass. I didn’t have a tap all day, IB had a really solid pull fishing through a gully with a heavy soft plastic, but that really was it for ten hours fishing. We both went to bed wondering what we’d got in to, my mind racing, trying to figure out how to rescue our weekend. 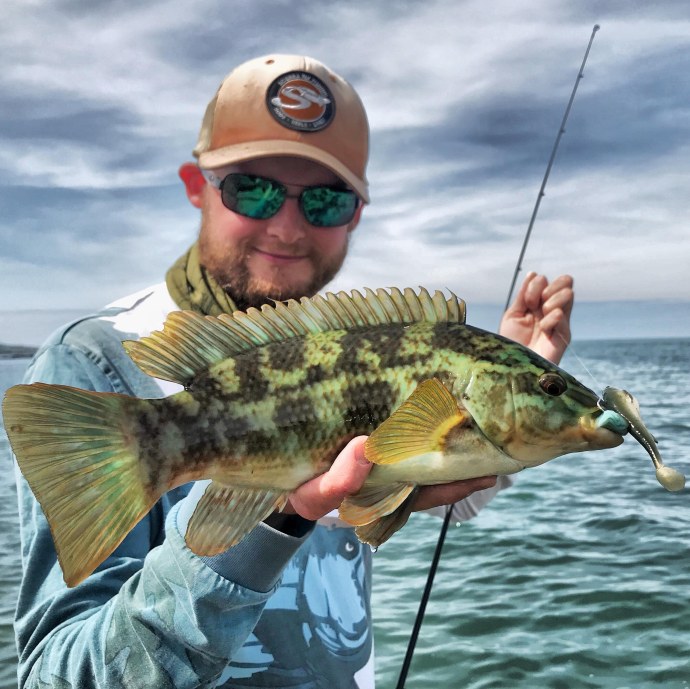 We got a nice early start on day two and headed towards a mark we found on the previous day which I felt would be a brilliant area for bass on a rising tide. The edge of a large bay, plenty of shallow stuff, a good gully, rocks for them to hunt around and a really good tidal rip going through the middle. I’m no bass angler but it looked ideal.

I didn’t even see a fish.

Thirty minutes from high tide we decided that the opportunity for a bass had passed, IB suggesting that the rough ground might be the right place to have a look for some wrasse. I’ve never fished for wrasse, but I had to admit that with the tide now high it looked ideal. To get to the right areas involved some real scrambling, but the chance of a new species for both of us was too much to resist, so scramble we did! 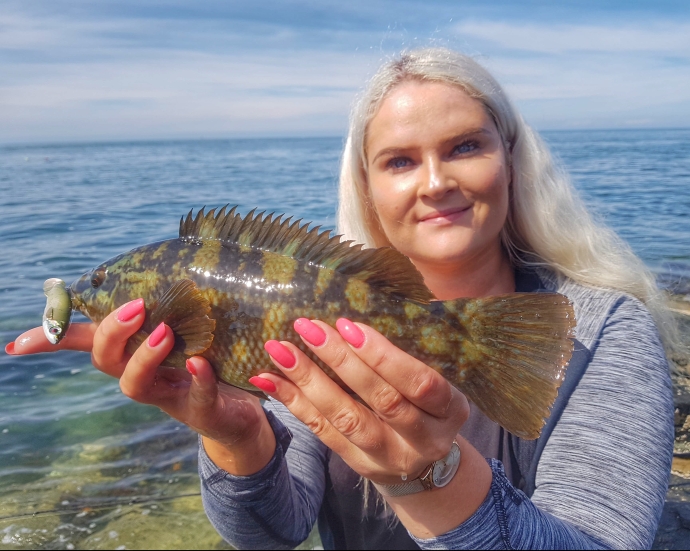 Ieva got in on the action with the 3D TPE Minnow

I found myself on a rocky outcrop, an uncomfortable spot where if I wasn’t being sprayed by surf I was cutting myself on the sharp stones or slipping on the kelp. It looked right to me, even though I wasn’t totally sure what right looked like, it just looked right. Clearly I would have to fish weedless, this place was a tackle graveyard, thick mats of kelp, gulleys, undercuts and all manner of nasties lurked in the clear blue water. I’d been advised that the Savage Gear 3D TPE Minnow was a pretty sure bet for wrasse, so tied one of those on to a 20lb fluorocarbon leader – this was going to have to be hit and hold!

I flipped the first cast out in to a gully, and as I was feeling the lure down it occurred to me that I really have no idea what to expect from a wrasse take. I gave the lure a little jig and let it drop – was that a tap? Again, a couple of jigs, a couple more taps – it must be the weeds. Again, tap ta-WHACK! There was no need for a hookset, this fish struck in to me! The rod bent over like spaghetti and whatever it was made a furious dash for a huge slab of rock at my feet. It all went solid, and I wondered if I’d been outfoxed by the fish which I hadn’t yet seen. Instinctively I let the line go slack to see If the fish would find it’s own way out. Within seconds the braid was slicing through the water and I was back in contact – and now I could see, it’s a wrasse! With the drag cranked up on the reel I doubled down and pulled back hard as the fish repeatedly went for the rocks. By some miracle everything held firm and there in my net was my first ever wrasse, and a total stunner to boot. 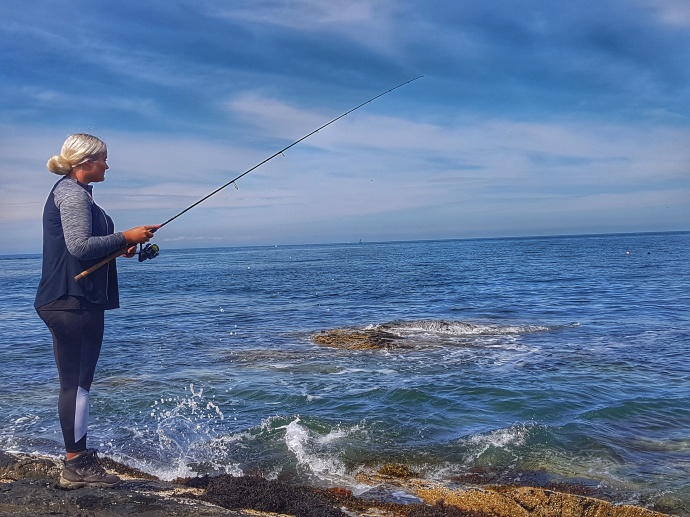 IB putting that lure where it needs to be!

After the high fives and hugs I decided to switch Ieva to the 3D TPE Minnow as it was our only one, and I really wanted her to hook one of these incredible fish. I switched to a Ribworm from the SG Ribworm kit, rigged Texas style on the 10g weight, and within a few minutes picked up another hard biting, hard fighting wrasse – literally two fish in under ten minutes!

They seemed more intent on playing with the ribworm, and I do wonder whether the extra size of the lure might have been an issue. My pre-trip research suggested that worm baits can be great for wrasse, and while I hooked fewer fish in the next twenty minutes I had a lot more taps and pulls than with the 3D TPE Minnow, which Ieva was now fishing expertly around another rocky outcrop. 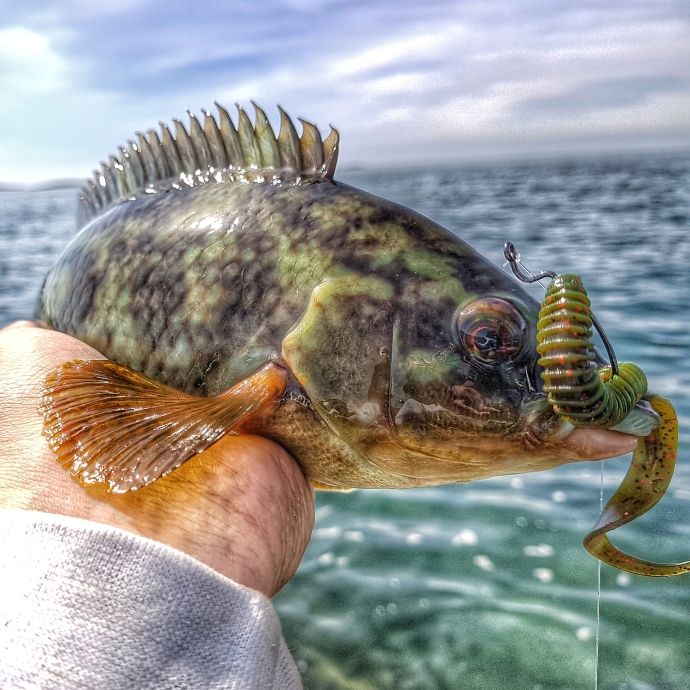 The Ribworm Kit pulled fish from areas that the 3d TPE Minnow didn’t….

I had a pretty good feeling it wouldn’t be long before she tangled with a wrasse, and her first fish was preceded by my favourite moment of the trip. Bouncing the 3D TPE Minnow through a narrow gully, she looked at me quizzically and said “I’m not sure if I just had a tap?” , no sooner had the words left her mouth the rod and reel nearly left her grip! She pulled back hard as again the fish took off for the sanctuary of sharp rocks, but again we won out as eventually Ieva cranked her first wrasse from a seemingly impossible position.

She followed this up with another two in no more than ten minutes, and while I’m not versed on all the different wrasse species, they were all equally dirty fighters and stunning creatures. While I was still getting taps on the Ribworm, Ieva’s 3D TPE Minnow was getting smashed to bits time and time again! 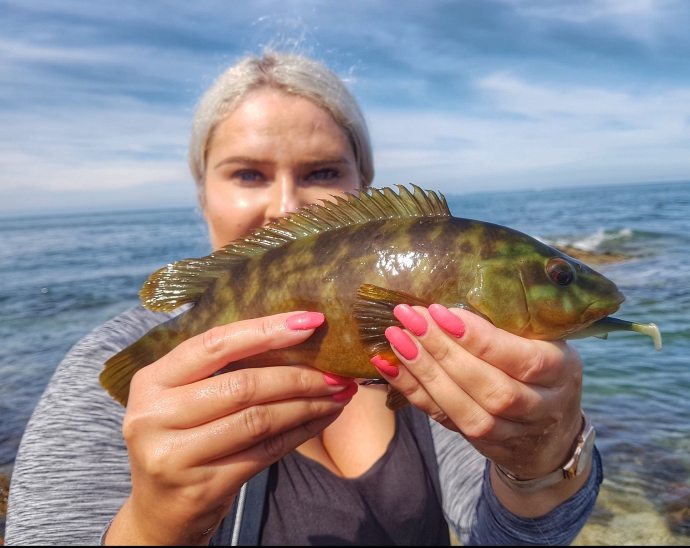 A really pretty one for IB

That said, I did manage another one, interestingly from an area that Ieva had already fished through pretty thoroughly. Again, without any expert knowledge it would appear to me that these fish could possible be a little more fussy, though it could also be down to me using an extra 2g of weight, or just the slightly different presentation. Either way, I was very grateful for one last bite before the tide began to ebb and the action really slowed down.

This gave us chance to reflect not only on what had just happened, but on the place it had happened in. The rough rocks have their own stoic beauty, the sky was blue and pure, the sea as clear as any river I have ever fished. Before us there were seals bobbing around, gulls diving and nothing, absolutely nothing but flat sea. The waves now caressed the rocks where before they had crashed – everything was calm and settled. 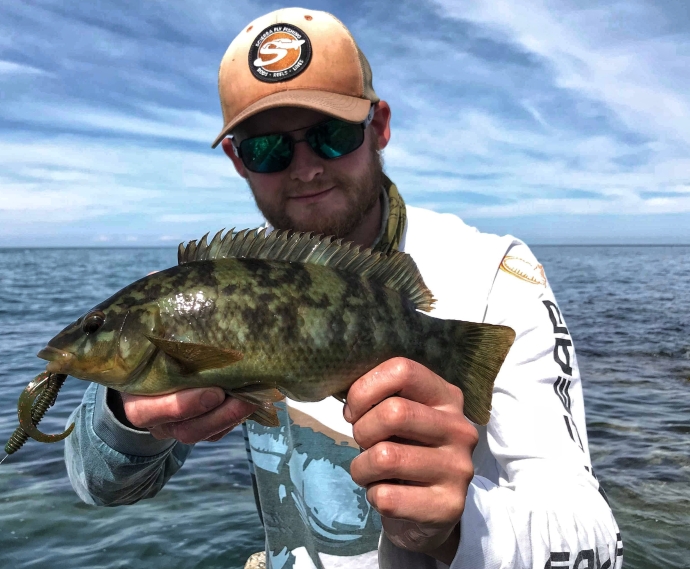 And that was that, we both went from wrasse virgins to having three each in no more than an hour! I still have no idea if what we were doing was right, but we know it wasn’t wrong enough to matter, and that’s part of the learning process. We only explored a few hundred metres of coastline, and with over 7,700 miles left to go at we probably won’t be able to catch all the wrasse around the UK, so who knows what the potential is.

This style of fishing really is perfect for me. One rod, one little hip bag and a few packs of the Savage Gear 3D TPE Minnows really was all that was required. That and a little bit of rock hopping, but this just lends itself to a little adventure. We never saw another angler on these rocks. I’m sure there are a lot of expert wrasse lure anglers on Anglesey, but by taking the plunge and getting out of our comfort zone we were able to cut in on a little slice of the action for ourselves, and my goodness did it feel good! 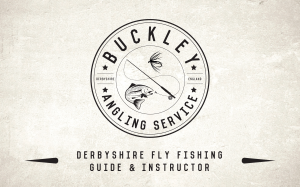